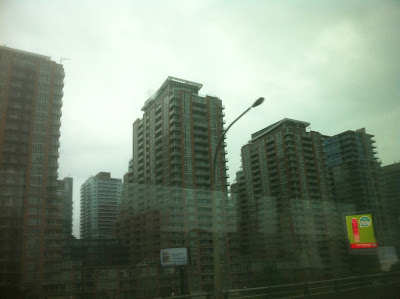 I arrived at St Catharines’ terminal half an hour early. By the time the chartered vessel docked at my curb, all of the rainfall I’d read about on Twitter from contacts in Toronto and Hamilton had touched down there as well. It mattered little: the trip by bus would span almost two hours and with the rainclouds tracking their way south, I anticipated a dry arrival on University Ave.

Not so. The conditions in Toronto proceeded to pepper down as I made my way onto Beverley and delighted further in my whim to detour down Spadina – a complete jump from Beverley’s beeline into U of T territory – for the sake of walking Chinatown. I’d packed light: just a spring jacket and a satchel, purposefully empty for storing any treasures the 1st Fisher Small Press Fair might offer. After a bite of lunch I breached the university gates, passing crowds outside of the campus bookstore and a slow-moving snake of cars inching forward, bumper-to-bumper. Frosh-week, right. Lots of pamphleteering, face-painting and sing-alongs. My pace quickened. 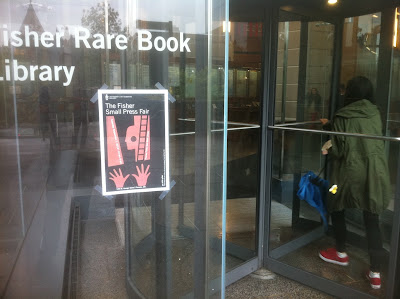 The Thomas Fisher Rare Book Library is located within Robarts Library; initially, I mistook them as one and the same. After shaking off some rain pellets under the fluorescent glow of Robarts’ uniformly grey lobby, I turned to see a thin entrance to a darkened catacomb. Ah, much better. Upon entering, a secretary asked if I was here for the Small Press Fair. She pointed toward an elevator and then down. Once at the base of the library, I’d reached my destination. 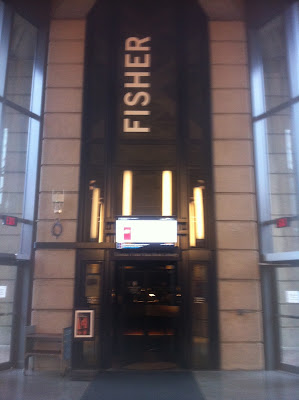 Several people I spoke to on Saturday, September 7th mentioned that it was a strange time to hold a book fair but agreed “why not?” Besides coinciding with the exhibition A Death Greatly Exaggerated, publishers who traveled from Parry Sound, Kingston, Merrickville as well as small townships orbiting Toronto enjoyed a consistent flow of people hovering their book counters. 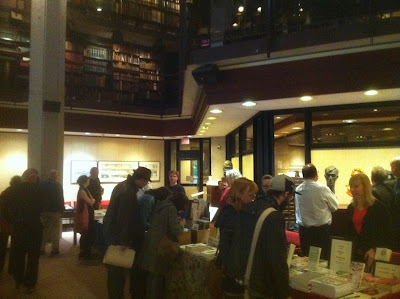 A kind representative I failed to ask the name of showed me some beautiful Coach House titles and recommended Need Machine by Andrew Faulkner. I spent some time deliberating between Matthew Tierney’s Probably Inevitable, from which he gave a memorable reading at last fall’s Grey Borders Reading Series, and Gary Barwin’s The Porcupinity of the Stars.

Jay MillAr, who I somehow failed to recognize despite seeing many photos on many blogs  from many readings over the years, introduced me to the work of Joseph Massey. Thought to be out of print, several copies of Massey’s chapbook Exit North (BookThug) were found shortly before the Fair – much to my benefit. It was an easy sell. 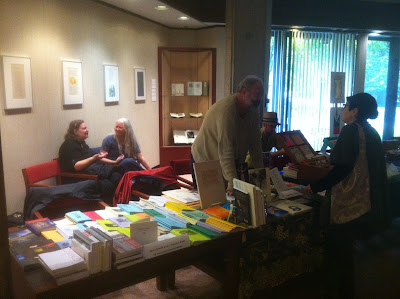 After perusing intricate, handcrafted items from outfits like Shanty Bay and Greyweathers Press, I spotted familiar faces – plus some familiar chapbooks – at the above/ground and Chaudiere Books table. It was great to chat with rob mclennan and Christine McNair, who at present time have a zillion things going on but still journeyed down from Ottawa. Among new above/ground press titles by the likes of Marthe Reed, Wanda O’Connor, Marcus McCann and Monty Reid, there were also fresh rumblings from the Chaudiere camp. I picked up mclennan’s new book Songs for little sleep, (Obvious Epiphanies Press) and managed to leave without bankrupting myself. 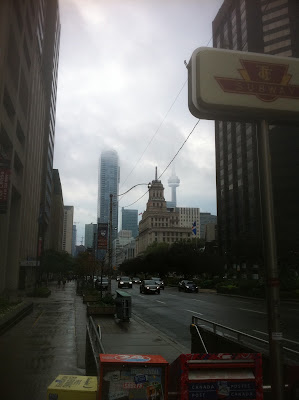 Spoils safely tucked away, I walked back toward the station. Despite dry skies, Toronto's overcast had gathered a humid staleness no doubt compounded by the idling exhaust pipes of downtown gridlock, dazed commuters exhaling sharply. I climbed onto the upper level of my MegaBus, picked a window seat and reached blindly into my satchel. I was home in a flash.

A few extra shots, including a handwritten, early draft of Margaret Atwood's poem "The Moment" under glass. I sort of geeked out over that one. 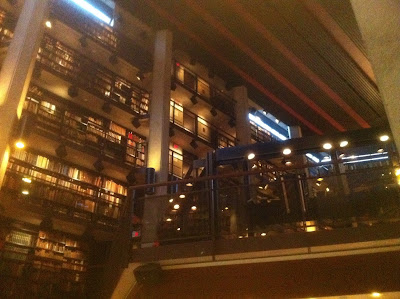 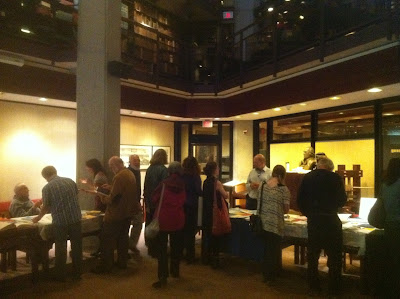 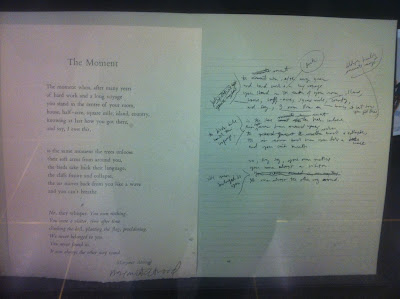