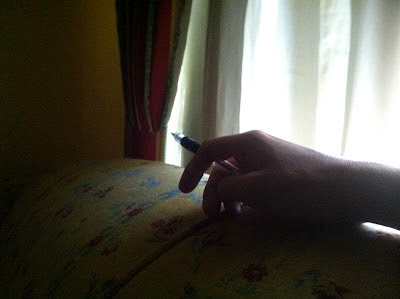 Getting rejection letters is typically a one-note experience, and a sour one at that. So it took a few readings of a rejection letter I received this past spring to realize the veracity of that clichéd adage “when a door closes, a window opens”.

As it turns out, Arc Poetry Magazine offers a Poet-In-Residence Mentorship Opportunity to certain declined manuscripts that nevertheless show promise. This proved to be no empty gesture, either. In time I was contacted by Arc’s (now former) Poet-In-Residence Rob Winger – CBC Literary Award winning author of Muybridge’s Horse: a poem in three phases and The Chimney Stone (both published by Nightwood Editions) – who had meticulously critiqued my submissions, identifying problem areas while reinforcing strong points. Rob and I traded a few rounds of revisions over the subsequent months and each set forced me to soul-search at length over the intentions and execution of my poems.

The challenges and headaches have been rewarded, however, with final drafts that we both feel are far superior to my initial submissions. Rob’s advice forced me to confront and destabilize a comfort zone I was only passively aware of, and with his guidance I've gained confidence to branch away from tired impulses.

Over the past week I’ve been catching up on the state of my manuscript, revisiting certain poems for the first time since moving to Saint Catharines in July. And using a critical eye deftly sharpened by that Mentorship experience, I’ve already transformed two poems I thought would surely linger unfinished into pieces that feel tight and purposeful.