Aside; a lesson in endurance 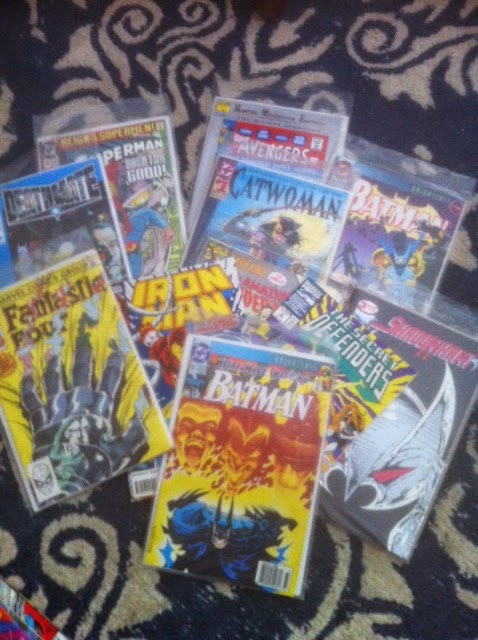 Where does a habit form? I reckon somewhere in the subconscious, where tendencies become compulsive over a sneaky spectrum and we don’t recognize a new routine until we're in the grips of one. For me and comic book collecting, the habit was well underway by 1992. Of the few hundred comics I’ve unearthed on this snowy February afternoon, at least half were released in 93 or 94, which means I was front-and-centre for Spiderman’s Maximum Carnage series, Batman’s Knightfall series, Image and Valiant Comics’ worlds-collide inspired DeathMate, plus the ho-hum death of Superman (replete with his clones and heavy-metal, resurrection do).

While cutting the lawn on searing July afternoons, I’d finalize which comic my five-dollar pay-week would bring home. Having a friend and fellow comic enthusiast named Adam live just two houses over made that anticipation all the more strategic. My Dad (a former collector himself) would drive us to Len’s Odds and Ends on St Paul Street in St. Catharines and poke around while Adam and I picked up new issues of Wild C.A.T.S, Shadowhawk, Detective Comics or whatever title Wizard Magazine claimed was hot that month.

I don't have firm memories of buying any of these but, by surveying piles of comics on the floor, I can pinpoint where my habit started. In short, my eye is drawn to the occasional beat-up issue, unprotected by a plastic sleeve or cardboard backing. Oh, the late 80s: 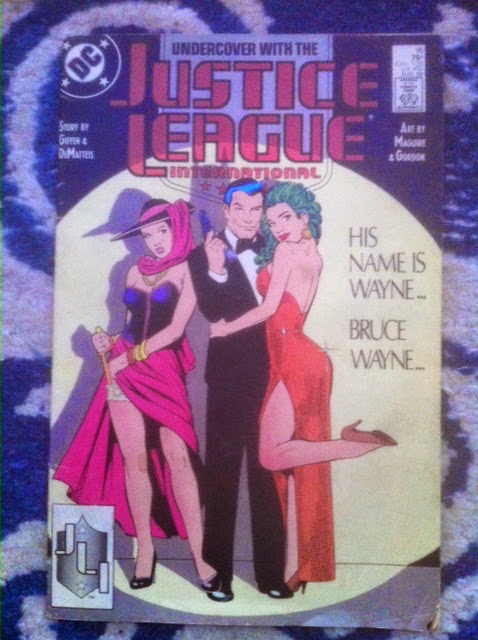 But it would be disingenuous of me to pretend these comics resurfaced on account of nostalgia. In truth, I was searching whether Batman Adventures (based off of the still wonderful Animated Series) was worth anything, since I own the original 36-issue run. As you might imagine, the series has almost lost its original cover value — I say “almost” because the twelfth issue is going for a hot sum. Why? Because Batman Adventures #12 features Joker’s side-kick Harley Quinn for the first time ever and apparently she’s the Boba Fett of the Batman universe these days. A hot commodity with a feature film in the works. Issues of Batman Adventures were guilty pleasures for a kid approaching his teens — breezy and compact tales that felt child-like in comparison to X-Men’s sophisticated narratives. But it just goes to show: there’s no telling what’ll become a collector's item. 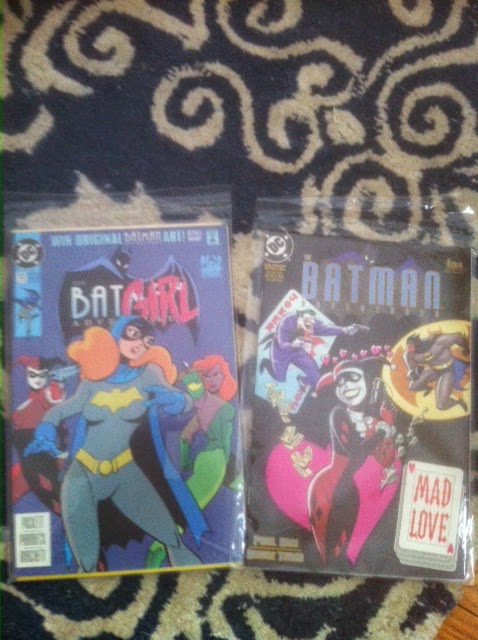 Anyway it strikes me now, leafing through illustrations that feel so familiar despite a 20-year absence, that comic books symbolize creative discipline better than most modern media. The team of writers, editors and illustrators creates a universe which expands or contracts around certain characters but, on a monthly deadline, has to thrive. Unlike feature films or even television series, the comic world has no end. Sagas close but the lives and relationships attached must continue to develop into another compelling story. The premise itself is immortal. Sometimes, in an effort to revive readership interest, a comic will even force an end — usually involving the demise of its protagonist — before spending several months creatively back-peddling to a status quo. Only the modern soap opera can compare with that level of commitment — the constant workload and cautious advances of a self-contained universe that, ideally, will not resolve.

As such, it’s easy to be critical when looking at a particular comic book over a long enough timeline because, realistically, creativity peaks and valleys. Plots waver when established writers move on and newbies get their big break. The feel and look of the universe endures jarring transitions when illustrators jump ship. Even comic enterprises that maintain the same creative team for long periods face the crucial question of how to keep core fans while attracting new readers. How does one entice both ends of a generation gap?

As someone who has since moved on to collecting poetry and literary criticism, chapbooks and trade collections, I find transferring these concerns of relevance and innovation to the CanLit world a messy proposition. Who is our target audience? What creative steps do we feel entitled or authorized to make? And finally, where is the right place to end? There's an industrious heartbeat to these questions that feels off-tempo in a scene of pro bono work, amorphous deadlines and intentionally splintered plot lines. We work in a niche, that's fine. But it's encouraging, as we toil away on projects that seem to have no foreseeable conclusion, that certain print media has been turning old ideas new for decades upon decades.

This is the second post in my #MaterialPurge2015 series. To read the first, "Aside; ghosts in the stereo", proceed here.
Labels: Aside Comics Material Purge 2015 Saint Catharines