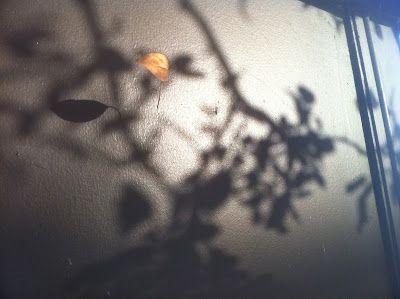 It’s one thing to write organically for two years, recognizing and developing a theme over time without burdening it with too much focus. It’s another challenge entirely to fit those resulting puzzle pieces into a satisfying whole. After a few easy preliminary cuts, I had twenty-some-odd bones in need of connective tissue. Around this time I also received word that, according to the UNESCO definition, chapbooks can consist of up to 27 poems – here I was, believing I was confined to 10 or 12! (Thanks for the heads-up, Amanda; clearly I’d been immersed in my share of above/ground chapbooks at the time…)

My next course of action looked pretty straightforward: pinpoint where those gaps are and remedy them. But instead I’ve continued deconstructing Impermanence, Ontario as I knew it into ever-changing vignettes that analyze notions of home. One of the reasons I love chapbooks so much is that their smaller scale demands that each component act as a pillar. There's no room for missteps; the relationship between poems must form some sort of webbing. And the more I hone in on small clusters of related poems, the more my manuscript embraces its fault-lines.

Poems written about the Niagara region, which operate as an important hinge in Impermanence, Ontario, also work as a separate, more concise chapbook. That realization encouraged me to tackle another short chapbook about five days I recently spent in New Hampshire. The latter one's completely unattached to my original manuscript but still surveys a strayed sense of belonging. Although it's the youngest project I have on the go, it'll be the first one I pitch come January. Lesson: it's easier to carve and fit puzzle pieces together when you have a crystal clear idea of the finished image.

So in short, I've switched gears. Yes, each of these projects lends thematically to the ambition of constructing one inflexible, full-length collection but my current whim lies more in snapshot focuses. Maybe that’s my subconscious telling me to start small or expect less. I’m motivated by both.
Labels: Chapbooks Manuscript Process Raw data The Impermanence Ontario Diaries