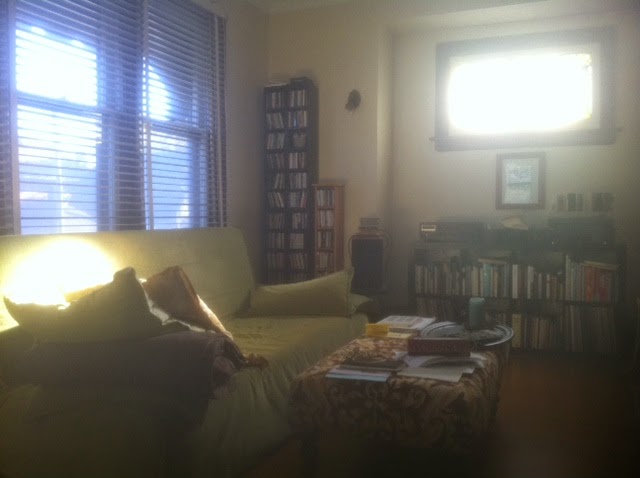 Making lists can be fun but this year I've decided to ditch value scales, instead weaving my favourite books, poems and performances (as well as my top twenty records) into a loosely chronological recap of 2014. Where I've reviewed some books, there are links, and where I haven't, there may soon be. It's almost as messy as real time. Thanks for checking in and happy holidays. 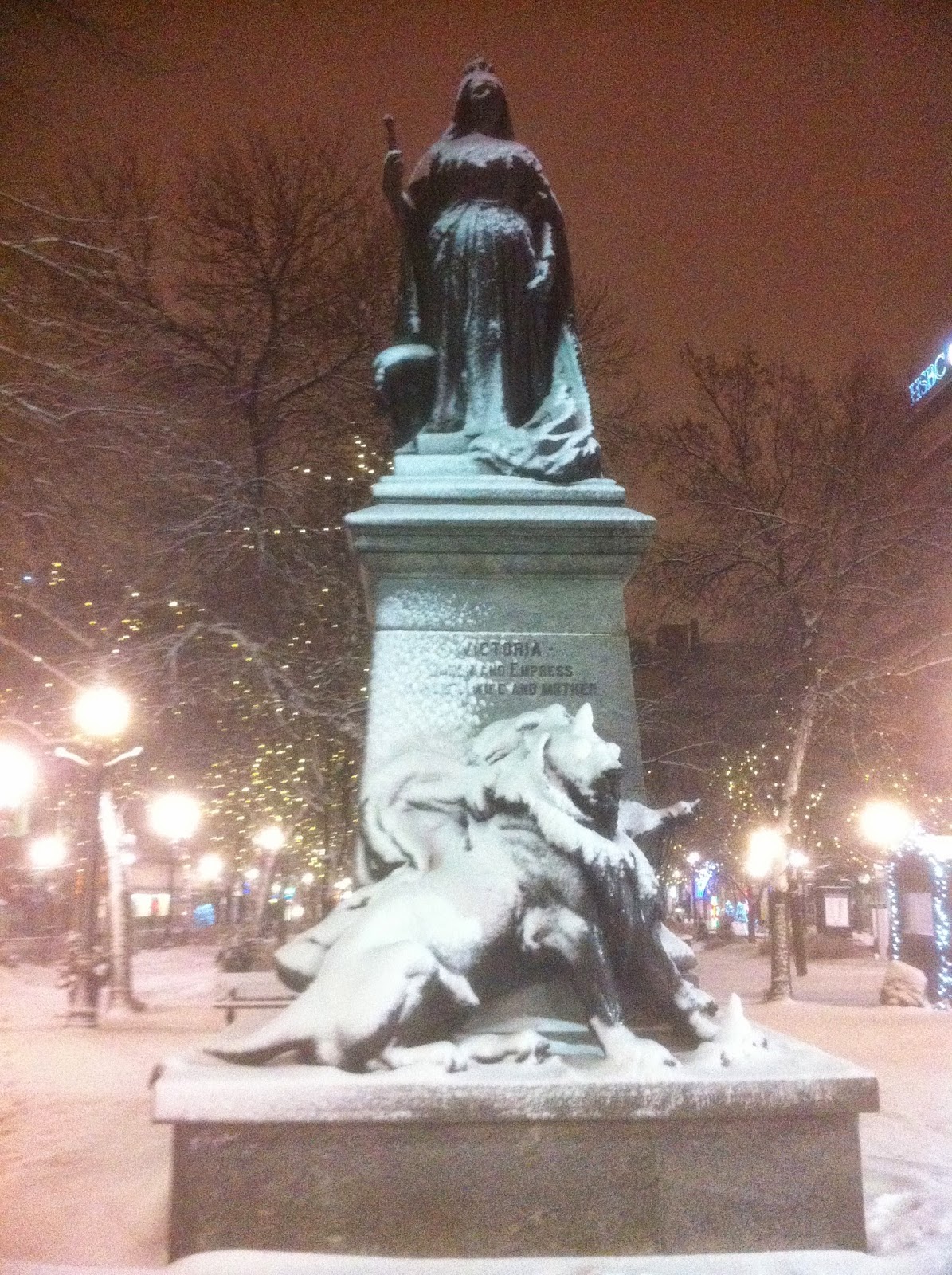 "Keep a lease per spine, bookmarks unread, palms up instead of fists. There's so much to cup, spill over."
(excerpt: "A paradox wreath,")

The first book I review in our new apartment, in our new city, is Ground Rules: the best of the second decade of above/ground press and I write it camped out on floorboards. Furniture is sparsely sent to corners; a lamp cord snakes into the center. From that anthology, Cameron Anstee's ode to abode Frank St. clears its throat. 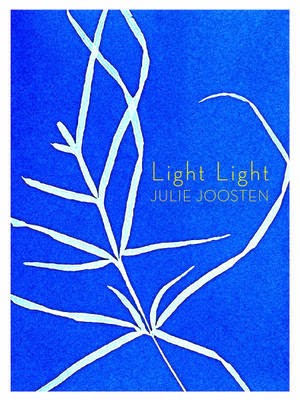 Winter is a long strand of short days. I journey out with Julie Joosten’s Light Light (BookThug, 2013) and channel her disciplined selflessness in fogged-up coffeehouses. (Serendipitously I’m also reading Eckhart Tolle’s A New Earth and find that one really informs the other.) Offsetting that lush and transient zen is Chris Pannell's A Nervous City (Wolsak and Wynn, 2013), kicking up metropolis dust (from Hamilton and elsewhere) with narratives that stress and strengthen the human condition.

The dominant record throughout this time is Broken Bells’ After the Disco, which we first hear on a sunny, Sunday morning before catching the band live a few weeks later. Otherwise Burial’s Rival Dealer and Mogwai’s Rave Tapes feel appropriate in the abyss of dark. An evening commute happens upon Indie88 playing the entirety of Kevin Drew's Darlings, with the songwriter himself discussing each track; I pick it up the next day. Snow finally recedes in all but the grooves of Badbadnotgood’s III and Ambrose Akinmusire’s The imagined savior is far easier to paint.

As March persists, I’m invited by Town Crier to cover a touring poetry panel, "What We Talk About When We Talk About Poetry”, featuring Anita Lahey, Jason Guriel and Zachariah Wells. It's hands-down the best event I attend all year, testing my too-lenient position on criticism while introducing me to some important young voices in Canadian literature. 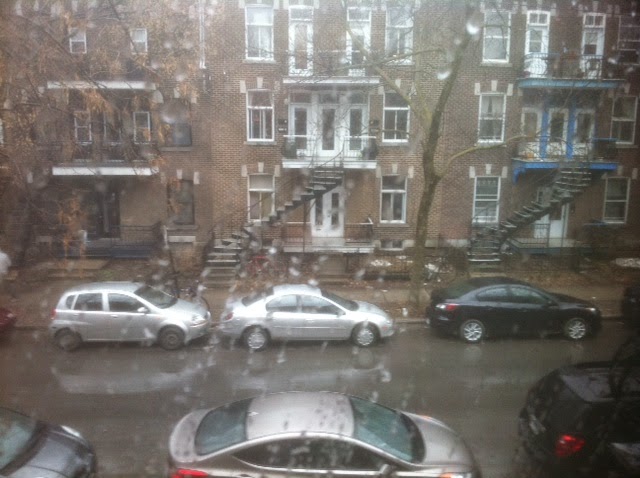 you'd be so lucky to skip twice before
chipping an ice sheet."
(excerpt: "Agnostic spring")

April is a whirlwind. I spend the weekend of gritLIT alone, finishing drafts and listening to Real Estate’s Atlas non-stop. I learn how to open the windows of my ancient apartment, if only to air out an experiment with incense. The world exhales again, teeth clenched. On the Sunday, I meet Phoebe Wang outside the Art Gallery of Hamilton; we wander, get something warm to drink, join up with Liz Harmer and Brent vanStaalduinen and then catch Lit Live’s closing reading. Amanda Jernigan gives a vulnerable, memorable performance.

Days later and blocks away, Luke Cummins kicks off his Divergence music series while simultaneously releasing the debut issue of Sorry Zine. Fresh Snow gives a punishing post-rock performance, disguised in hoods. Shortly afterward, I take a midnight bus to Montreal with Orcas’ Yearling murmuring to my subconscious. When I arrive at 9am to my friend's empty, walk-up loft, I hear “Petrichor” (the album's first track) humming through the door. Over the next few days and in spite of a joyful Tycho performance, Yearling cements itself as 2014, microcosm'd. 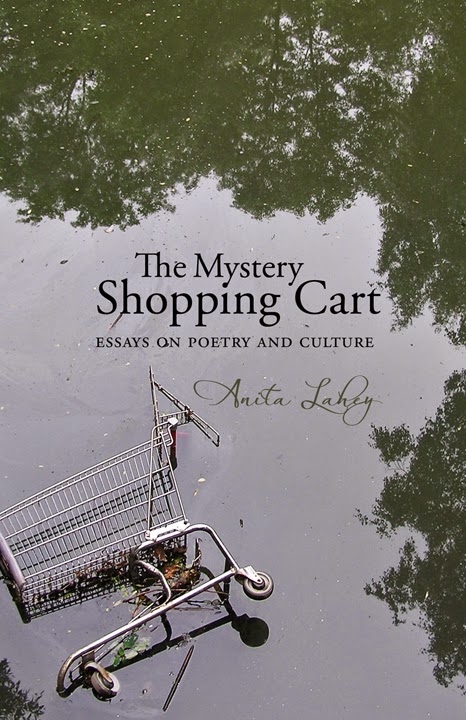 Top reads during this period include Elisa Gabbert's The Self Unstable (Black Ocean, 2013), Dennis Tourbin’s THE STREAM and other poems (above/ground press, 2014) and Anita Lahey’s The Mystery Shopping Cart; Essays on Poetry and Culture (Palimpsest Press, 2013). Some excellent spring-wanderings-slash-first-listens occur with Inventions' self-titled record in Cootes Paradise and Plaid's Reachy Prints along Hamilton Harbour. The Tower Poetry summer issue and launch are nice surprises. 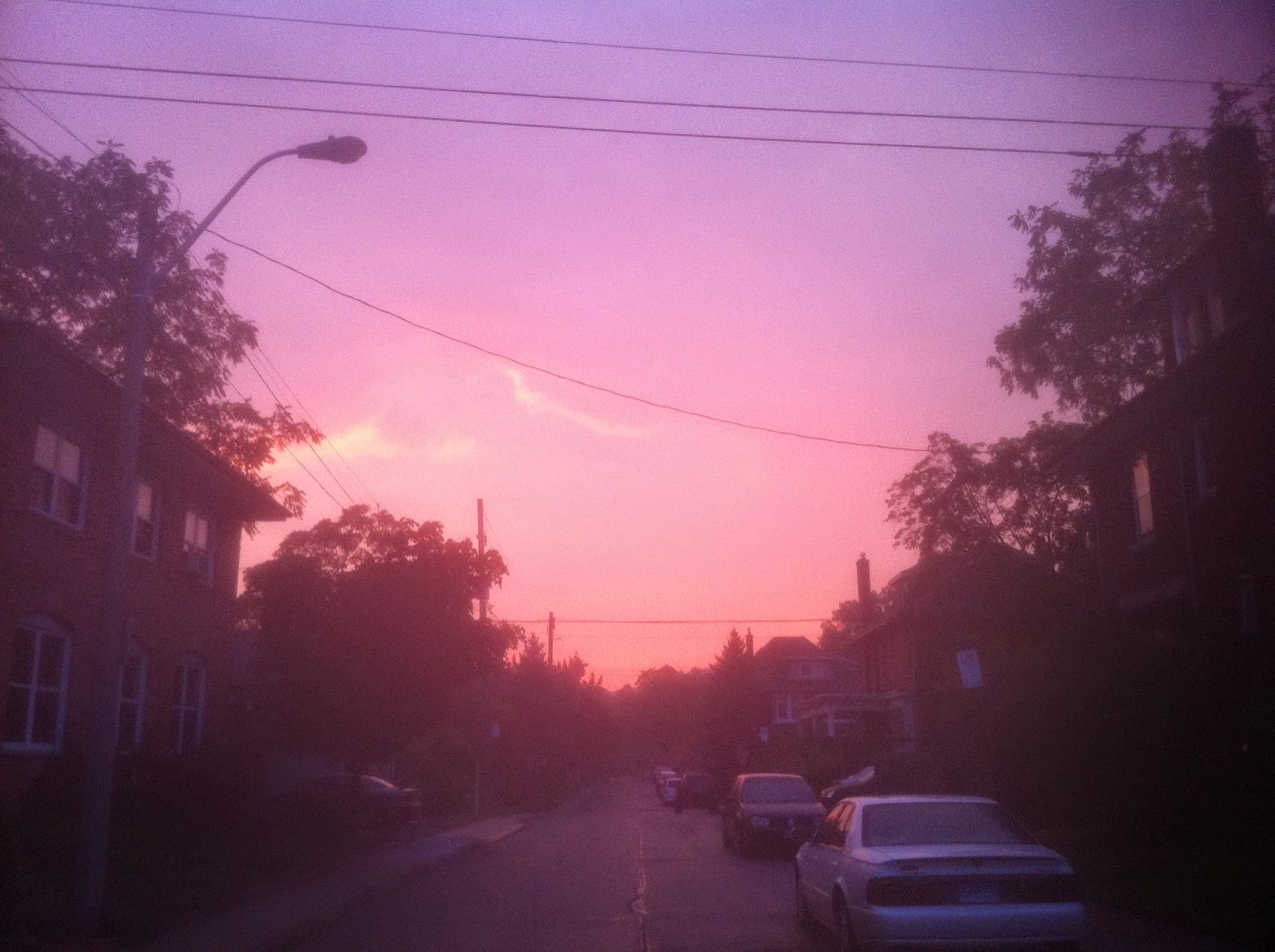 "Reverse beeps of dozers    shrill
in a room without furniture
I lose in the trees."
(excerpt: "The August Eye")

Tuesdays in the summer are spent workshopping with Catherine Graham at University of Toronto’s School of Continuing Studies poetry class. Surrounded at this time by quality bookstores in the Annex, I get into P.K. Page and John Newlove. A chance opportunity to witness George Elliott Clarke perform at a nearby gallery proves one of the best cases of language literally bursting through the whole body. 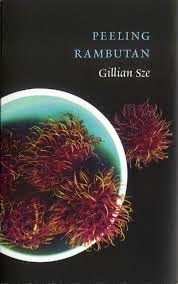 I re-read Gillian Sze’s Peeling Rambutan (Gaspereau Press, 2014), in preparation for a dual-review, while listening to Richard Reed Parry's Music for Heart and Breath and Matthew Halsall's When the World Was One.

As the weather cools, I catch the one-two punch of Angie Abdou and Vivek Shraya, in town to support Between and She of the Mountain, respectively. (Both titles courtesy of Arsenal Pulp Press, 2014). Normally I find fiction or non-fiction readings tricky, what with the need to provide context and a run-down of the characters in one quickly diminishing window of time, but Abdou spearheads the task in an excerpt that hints at the book's chief tensions without giving away pivotal moments (the likes of which reviewers seem exasperated having to keep to themselves). It's on my winter reading list. Shraya's performance, on the other hand, is half-song, half poetry-as-meditation on the physical self, and all memorized. The intensity of experiencing the text, off-page and brought to life like that, suspends the atmosphere of the room. 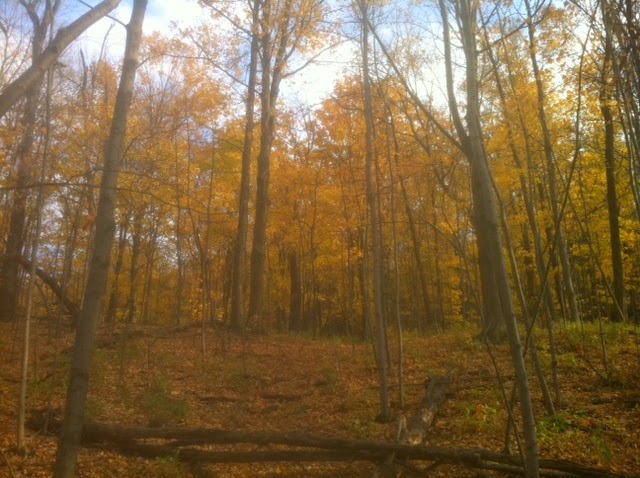 I visit Toronto three times within a two-week span: Ryan Adams at Massey Hall, Meet the Presses literary market and Caribou at Danforth Music Hall. (The mere thought of comparing these events is why I've ditched value judgments.) Thom Yorke's Tomorrow's Modern Boxes, The Weather Station's What Am I Going To Do with Everything I Know, Museum of Love's self-titled and A Winged Victory for the Sullen's Atomos are in constant rotation.

I race to finish a few books in December; the best of the bunch being bp: beginnings (BookThug, 2014), the early works of bpnichol compiled with obsessive detail by Stephen Cain, If suppose we are a fragment by rob mclennan (BuschekBooks, 2014) and An Accord of Poets' trade debut, Five (Apt. 9 Press). I look forward to writing further on these books in 2015, after I cocoon myself in New Hampshire for the holidays.