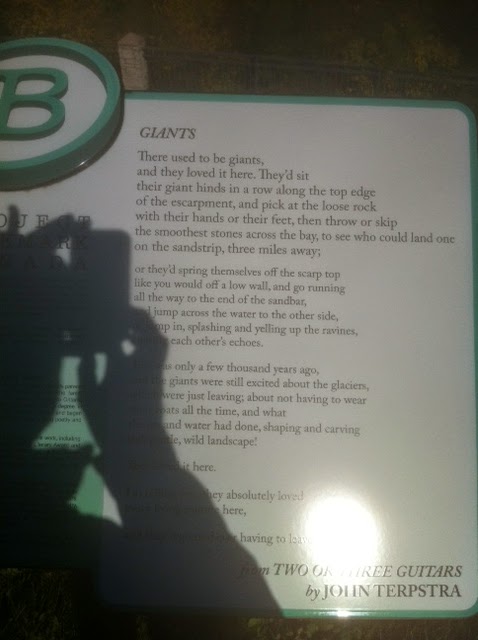 Results from the Mayor’s Poetry City Challenge have been announced and my entry “Eight stanzas for Radial Trail” has picked up an honourable mention! As of yesterday I knew that meant attending Hamilton’s Council meeting on April 22nd and meeting Mayor Fred Eisenberger, but today’s media announcement revealed so much more.

John Terpstra has won for his poems “The Highway That Became a Footpath” and “Giants”, while other honourable mentions went to Chris Pannell (for “Night Slides”) and Paddy Chitty (for “Burlington Heights”). It’s hard to describe what it means to be grouped alongside poets whose work I pride on my bookshelves, so I'll just say I'm humbled and grateful.

Since I won’t be speaking at Wednesday’s event, I’d like to thank Calgary Mayor Naheed Nenshi for issuing this nation-wide challenge, Fred Eisenberger for answering it, Pam Mulholland and everyone at City Hall for running it, and the jury (comprised of Paul Lisson, J.S. Porter, Kerry Cranston-Reimer and Amanda Jernigan) for making my National Poetry Month.