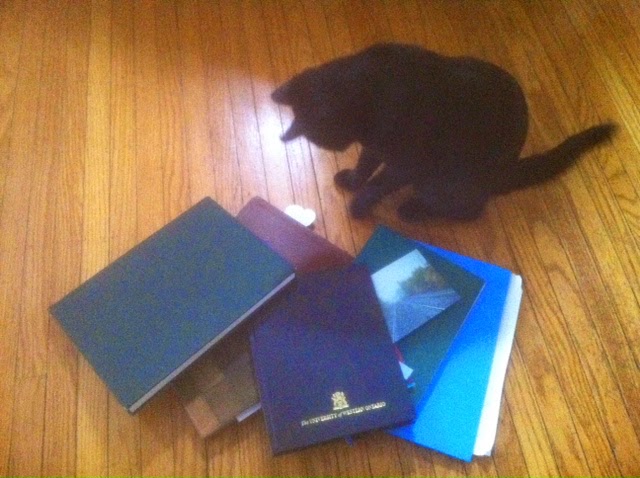 I was first drawn to poetry at the age of sixteen. Not through Plath or Cohen, although they came later. It was poetry’s elemental nature — words arranged on paper — that provided my first spark of interest; a means to channel predictable, teenage concerns into needed affirmations and defences. The results were no less predictable: pages, then whole volumes, of horrid verse.

Writing was as much about getting to know myself as it was creating a “self”, a poet with a capital P. Although fuelled by pretensions that seemed novel at the time, writing became a not-quite secret dimension in my life. Instead of playing video games all night as I’d done before, I’d stretch over my bed, piecing together stanzas about girls. I’m grateful I developed confidence so effortlessly in this regard, given how low my self esteem was in virtually every other category, because had I known the lousy state of my writing, I would’ve stopped.

Fast forward another sixteen years and I’m faced with all of that old poetry — rough, finished and abandoned drafts of six collections. My adolescence, in about 200 poems. Handwritten in the days before I had a computer. Half-resurrected in the same storage container once stacked in my parents’ basement. I’m too paranoid to put five years of navel-gazing in the recycle bin, but just as unwilling to bury their incriminating bricks in yet another basement. It isn’t a matter of being unsentimental but rather keeping things tidy, current.

I’d been working to self-publish a manuscript of marginalized prose-poems for National Poetry Month, but it isn’t ready. So instead I’ll undertake these journals and post an erasure poem, based solely on my teen vocabulary, for each day in April. This, too, may seem like navel-gazing on an almost meta scale, but I see these budding scraps as small commemorations to the ego, manic and unfulfilled. Overblown reflections distilled to thirty-something indifference and then, finally, released.

For the first week, at least, I’ll cull from the period of 1999 through 2001 — the most challenging source material because I’d barely discovered imagery. This early stuff is also the most foreign, a fortuitous cheat. The idea of journeying into my younger self, as well as its “self”, brings no satisfaction. But I believe anything worth keeping for sixteen years deserves to be utilized, somehow.

I’d walk away from this, if I were you.